L’Auberge des Migrants has been working with refugees and displaced people in Calais and the surrounding area since 2008. Today, our association plays an umbrella role by bringing together 8 different organisations, working collaboratively to support people, volunteers and organisations in the region. 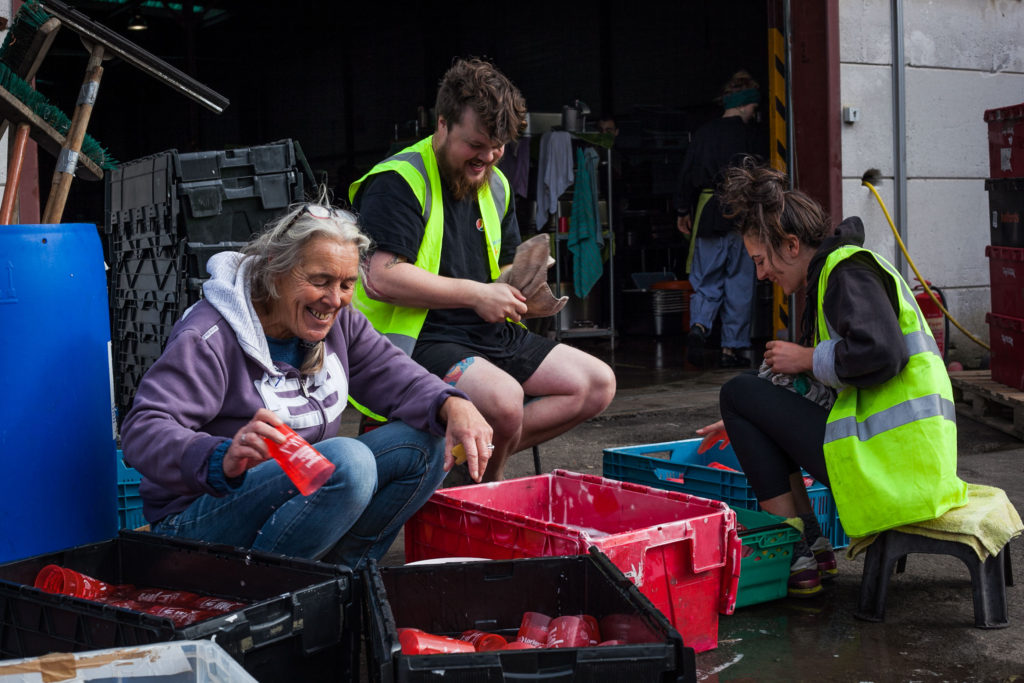 Based in our Calais warehouse, the vast majority of our work relies on private donations and relationships with partners. Public subsidies allow us to cover part of our expenses, but it is the donations that allow us to continue our work independently.

All donations are used to provide humanitarian aid and promote the dignity of displaced people in region.

Find out about our partners

L’Auberge des Migrants is made up of a network of paid employees and volunteers based in Calais but working across the region. In 2017, 118,000 hours of volunteering were carried out on our actions. Valued in euros, this amounts to €1.3 million of voluntary contribution. 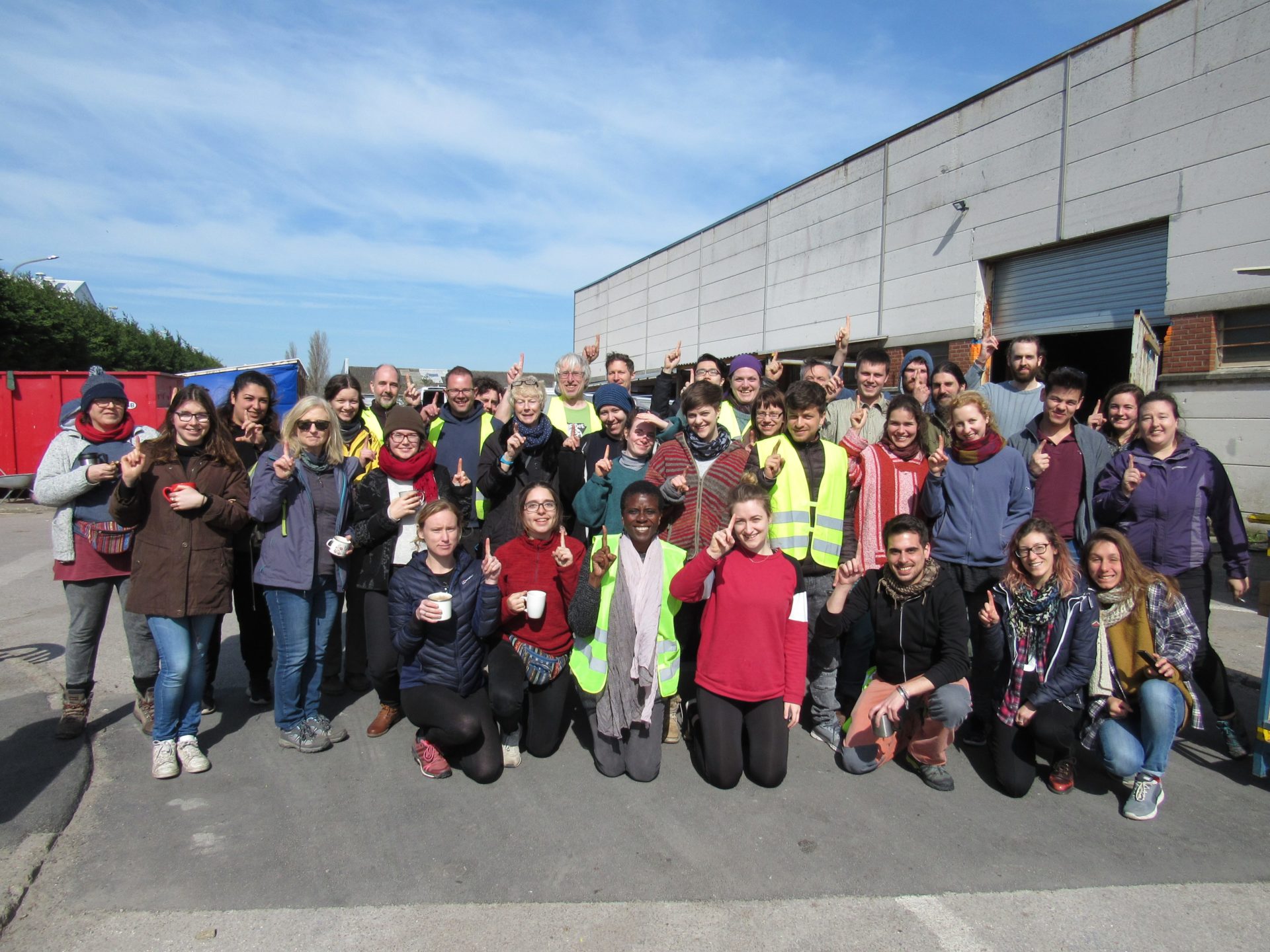 Having worked in Calais for over 20 years, La Belle Etoile ceases operations. In reaction, volunteers associated with the organisation create L’Auberge des Migrants.

By this time, we are preparing and serving up to 900 meals on the Quai de la Moselle, a gathering place for displaced people. Gradually, we will be distributing directly in the jungles, squats and halls of buildings. We collect and distribute warm clothes, shoes, blankets and sleeping bags to help displaced people stay safe. Fom spring 2014, the dimension of our actions grew due to the increase in the number of refugees, and the creation of the Calais camp in April 2015.

We begin co-operating with a British association, Calaid, then Help Refugees. Together with these British organisations, we launch a shelter construction program which comes to an end in March 2016. There are up to 200 volunteers at work in our premises and in the camp. Our annual budget goes from 100,000 € in 2014 to 900,000 € in 2016.

After October 2016: A new way of doing things

The rapid expansion of the Jungle and then its dismantling in October 2016 led to a profound reorganization of our actions and our relations with our partners. Since 2016, the situation has become more precarious for refugees. While there are fewer people, living conditions have become more extreme.

As such, L’Auberge des Migrants has become an essential platform for humanitarian aid in the Hauts de France. The disappearance of the slum also meant the end of vital shelters, making refugees and exiled people in the area more vulnerable, and more significant material needs to protect themselves from the cold and destitution.

While now only around 1,000 to 2,000 exiled people live in the area, human, material and financial resources have greatly diminished. The end of the Jungle led to the departure of most of the volunteers, and the end of material and financial collection for refugees in Calais. Humanitarian aid has refocused around local associations like ours.